Here's a letter I got from Lyle describing some of the nice parts he's making and the way he goes about it. I've taken the liberty of publishing most of Lyle's letter, as I think what he's doing is great! I hope it will be an inspiration to the rest of us to get off our backsides & out into the garage to MAKE stuff for our bikes. Moen

There are pictures below!  Contact Lyle at: creepinogie@yahoo.com  Please note change of address! If you tried contacting Lyle on the (wrong) address I wrote, please try again on the new (right) one!


I'm attaching some pics of some other stuff I make. I apologize for having some other makes (HD & Crocker) mixed in but that was how I laid the parts out on my garage floor when I shot them.

I've enclosed some belt buckle, two plaques that fit where the licence plate goes or on the wall, and an Indian ash tray. the ash tray could be used as a kick stand anti settlement plate for those that don't smoke. The individual yrs on the plaques are for most 30' and 40's Chiefs but nothing with a number "5" as I didn't have this number when I made the patterns. If there is enough demand - I'll get a number.

I also make shift knobs, coil brakets, steering dampener knobs, shock dampner wing nuts for sport scout front ends and a few other items which I don't have pictures of. Lots of stuff for non-Indians too. Hey, I know, but most Indian owners want original stuff so I need to make other items.


I want you to know that I am not a shop and do not do this for a living. Everything I've done so far is on the hobby scale to support my motorcycle habit. I'm a Civil Engineer by trade and work long hours during the construction season so I'm unable to devote my full time attention to this endevor. Everything I've got is homemade, my furnace, patterns, sand, blower, etc. it's taken a long time and much practice and I'm still learning. I got started because I've had MC's all my adult life for over 20 yrs. Mainly HDs, I started riding Indian 4 yrs ago and hardly ever get on my HD's and I've got 3 of them. I don't like chrome stuff and didn't think there was enough cool stuff out there for Indians so I decided to make the stuff myself. My air cleaners which use a K&N element designed for a Kohler small engine have been tested on Volkswagon dunebuggys, My Chief, my friends 57" stroker Sport Scout with no problems, carb rejetting or whatever. Mines been on my bike for 3 yrs.

I do want to make indian part number 100901 - tear dropped air horn. Currently these are made in Australia and they sell for an unreasonable amount of money. I'd like to get my hands on one so that I can pattern one up. I feel I could sell them for alot less.

I would rather trade than sell stuff but I do vend at local swapmeets in the mid-west. Just 3 or 4 a year.. I do plan on getting a milling machine sometime next year and I am owed a machined outer primary  to index my holes from so in a yr or so I'll be able to machine them. Currently, all I've got is a drill press.

I'm also working on a hydraulic disc brake set up for a leaf spring front end. Using a Sportster hub, HD master cyl. my own caliper bracket and possibly a GMA caliper. I'll keep you posted. it's a modification which is not for everybody but brake parts for a pre-war Chief are hard to find - and expensive. Mines a bobber anyways so I don't care. 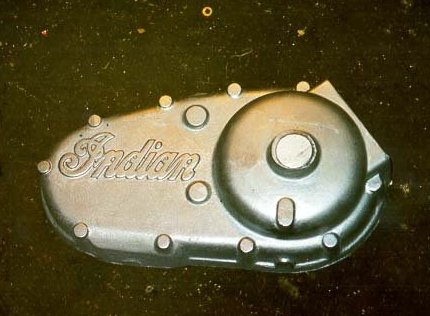 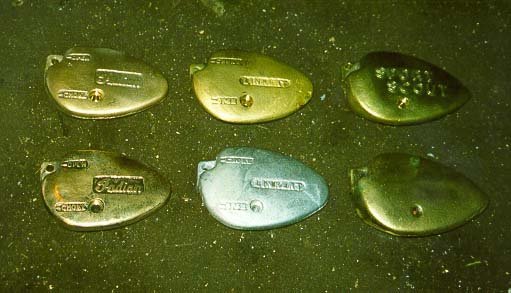 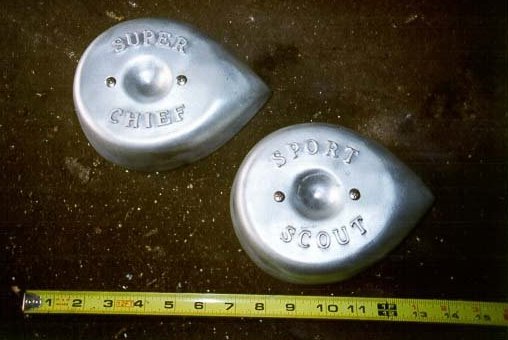 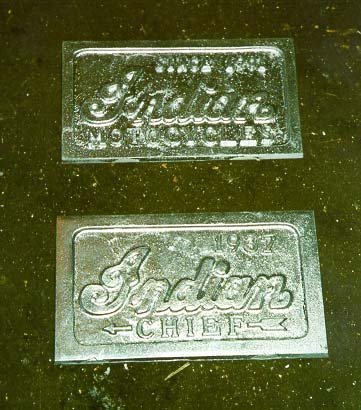 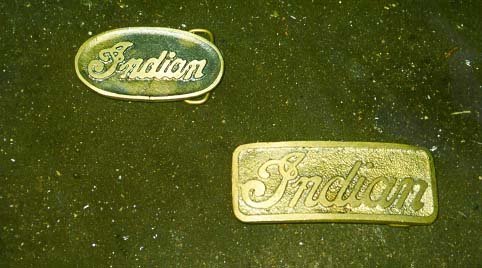